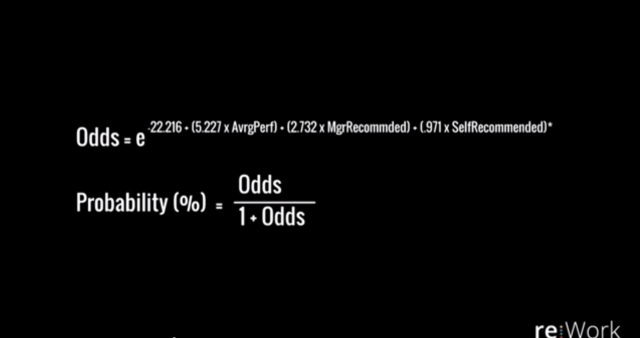 When first starting to use SFIA many consultants and organisations can get very fixated on the numbers and, for example, will average out the value of levels which apply to roles and try to quantify the gaps in levels in what looks like a very analytical approach but which doesn’t stand up in the face of reality.

Now I am a big fan of data analytics and applying the art / science of analytics to the IT workforce – however the idea of using the SFIA levels in a simplistic, numerical way just doesn’t stack up and I don’t think it adds any real value. They could just as easily have been labelled levels A thru G.

In a similar vein I was interested to read this article about Google and how being a very engineering focused organisation that tried to do something similar.

“All people decisions at Google should be be based on data and analytics,” he said. “Initially we aspired for living up to a really strong form of this mission statement, we wanted analytics to spit out people decisions.”

Google was founded by, and is still dominated, by engineers. So as it started to hire thousands of people and needed to think more deeply about management over the last few years, it took an intensely data-centric approach. But not everything can be distilled down to an algorithm: even for Google’s engineers, automation has its limits.

For instance, in the early days of the People Analytics team, the group built an equation to help streamline the process Google uses to decide to which of its software engineers should get promoted. This is a pretty involved process. Decisions are made by committees of senior Google engineers. They meet off-site—the Santa Clara Hilton is a favorite spot, according to Setty—and review hundreds of nominations for promotion.

The People Analytics team was thrilled. They thought they were about to save Google’s hiring committees a third of their work, letting the engineers focus on the toughest decisions.

… … however things did not go according to plan and it is this lesson which users of SFIA should be aware; use the numbers  to back up your judgement not to drive decisions in isolation.

The engineers hated it. And it never was used to make promotion decisions at Google.

“They didn’t want to hide behind a black box, they wanted to own the decisions they made, and they didn’t want to use a model,” said Setty, who headed up human resource analytics at financial services firm Capital One before joining Google.

Setty’s takeaway is that people need to make people decisions. The People Analytics group exists to arm decision makers with better information, not to replace them with algorithms. Via qz.com

An IT skills assessment should be part of a conversation – not just a number in a box. The real value comes form the feedback shared and the actions agreed between individual and their line manager (or coach / mentor).

So managers … … don’t hide behind skills assessment tools – talk to your team members about what the conclusions to be drawn from the skills assessment and what you are both going to do about it. The value really does comes from the conversation.